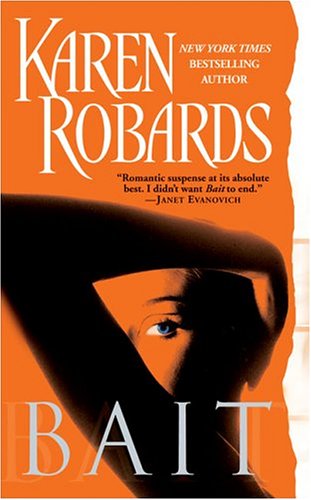 It's a business trip that takes advertising agency owner Maddie Fitzgerald down to New Orleans, but it's hardly business as usual when a man breaks into her hotel room and tries to kill her. Barely escaping with her life, the sexy, stylish twenty-nine-year-old brunette soon finds herself face-to-face with FBI agent Sam McCabe. Unnerved by his questions - and his good looks - Maddie is told she's been targeted by an elusive killer whom McCabe has been tracking for weeks. Apparently, she's been mistaken for a woman of the same name who was also staying at the hotel that night. McCabe grills her, and then disappears. Shaken, Maddie finishes her business and returns home to St. Louis." Days later, she is attacked a second time, and McCabe convinces her that the only way she'll ever be safe again is if the killer is caught, and that the quickest way to nab him is to use her as bait. Maddie reluctantly agrees, and sparks fly and then ignite as McCabe shadows her. But their unexpected romance throws McCabe off his stride - and puts Maddie in the hands of a killer.

Karen Robards is the author of over thirty novels, most recently the New York Times bestseller Pursuit. She lives in Louisville, Kentucky.

Joyce Bean more than earns her pay in this romantic mystery as advertising executive Maddie Fitzgerald revisits an unhappy past, lives an uncertain present, and faces a deadly future. Along the way she encounters a gravelly voiced woman who can turn her firm around; an FBI Agent whose Southern drawl is a bit too syrupy; and a killer whose disguised voice intones threats over a cell phone. Bean voices Maddie's emotional pleas with authentic despair and lends a coarse, crass tone to the many thugs who attack her. As the attempts on Maddie's life escalate, so do the sparks flying between her and Agent McCabe--and that distraction may be just what the killer awaits. J.J.B. © AudioFile 2004, Portland, Maine-- Copyright © AudioFile, Portland, Maine