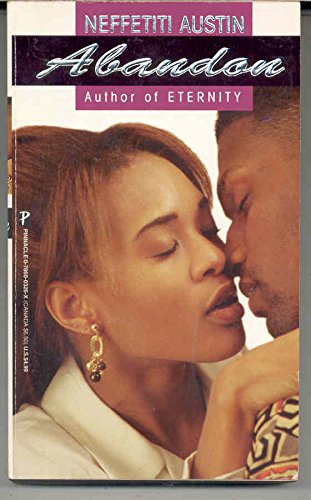 Torn apart by class differences, deception, and the Civil War, Trevor Shelby and Leah Reese are reunited amid the ashes of the Old South, and they try to rediscover their romance

The war between the states was only one of the forces at work to keep Trevor Shelby and Leah Reese apart. Desperately in love, despite class barriers and well-meaning friends the couples road to happiness was destined to be a rocky one. Trevor's unhappy childhood never prepared him for the love he experienced with Leah, and when she was forced to marry another, Trev was convinced his life was over. Volunteering for dangerous duty when war broke out, Trevor had no fear of death. But when he discovers that Leah didn't leave him of her own will, he will do whatever necessary to protect her from her abusive husband and learn the truth about their separation and the child he suspects is his own. Despite Leah's husbands attempts to keep them apart, Trevor follows them out west, determined to be close by in case Leah or her children needed his help or protection. Only when fate forces Trevor to kill, however, are the two lovers able to come to terms with their long denied love for each other, and begin to heal the wounds of their long separations and life's injustices.When physical separations are necessary, Ms. Cantrell cleverly gives the characters strong emotional ties to appease the reader who hates long separations of lovers. The connection reminds us that true lovers are never really apart. Ms. Cantrell offers us a very moving and endearing love story packed with non-stop adventure! This moving, endearing novel would be an easy recommendation to anyone who was looking for a deep, everlasting story of enduring love. Deeply moving...endearing,,continuous action and non-stop adventure...I highly recommend it!Claire Haynes -- Copyright © 1994-97 Literary Times, Inc. All rights reserved -- From Literary Times

In 1860 Trevor Shelby and Leah Reese are lovers who are thwarted both individually and as a couple. Trevor's sadistic father refuses to allow him to become a doctor; Leah's parents want her to wed, in spite of her own wishes for an education. Class also separates the two: Trevor's family owns a plantation; Leah's father is an overseer for Trevor's friend, Robert De Moise. Trevor must go away in order to set right the destiny of his sister, Bella, whom he has not seen for nine years; in his absence, the jealous Robert lies and tells Leah that Trevor has no plans to return and later fails to deliver a letter from Trevor in which he asks her to wait for him. Meanwhile, Leah's parents marry her off to a crude farmer, and before long she starts showing with Trevor's child. The Civil War adds to the torment of the separated lovers. Some elements, such as Trevor's father's decay from syphilis, have impact, and the initial chemistry between the lovers is sweetly convincing, but Cantrell ( Calico ) draws out her plot with artificial complications. Leah's interest in Tennyson and her affection for Trevor raise interesting questions about class, which are then avoided by positing that Leah is an exception in her family.
Copyright 1994 Reed Business Information, Inc.