Items related to A Star To Sail By

Delaney, Susan A Star To Sail By

A Star To Sail By 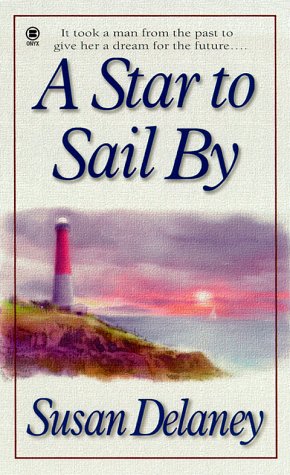 Still distraught over the death of her husband, Peggy Millwright finds a delirious man lying on the beach outside her Jersey Shore home who claims to be a nineteenth-century sailor and rediscovers passions through his innocent eyes. Original.

In Delaney's debut novel, young, widowed mystery writer Peggy Millwright discovers Owen Sinclair, a sailor who washes up on the beach near her Jersey Shore homeAclaiming to have fallen overboard in 1853. She doesn't believe his story but nonetheless feels compelled to help him adjust to the 20th century. As she gets to know him, his gentleness gradually warms her. While the plot meanders (an entire segment is devoted to Peggy's remembrance of her honeymoon in Czechoslovakia), Delaney's depiction of Owen's experiences as he discovers the wonders of post-1853 life and grows closer to Peggy are captivating. Delaney has written a moving story, especially in her description of Peggy's withdrawal from the world after the death of her husband and her struggle to learn to love again. (Nov.)
Copyright 1999 Reed Business Information, Inc.