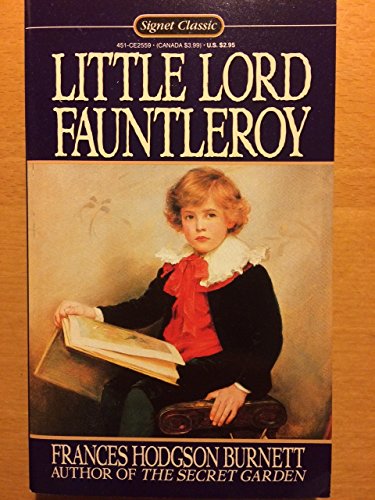 A huge inheritance turns Ceddie Errol, an impoverished New York City street kid, into Lord Fauntleroy, the heir to Dorincourt Castle and to the meanest earl in all of Britain. By the author of The Secret Garden. Reprint.

Little Lord Fauntleroy is the engaging, amusing, and moving story of a boy living on the edge of poverty in New York, who suddenly learns that he is the heir to an English lord with vast lands and wealth. Travelling to his grandfather's castle, Cedric shows his trusting and democratic nature in his dealings with lawyers and clergymen, servants and farmers, but it is his relationship with his proud and unfeeling grandfather which lies at the heart of the novel, and developments there take an unexpected turn when the appearance of an unforeseen rival claimant to the title brings the book to a dramatic climax. First published in 1886, the story soon became a huge success throughout Europe and America, and achieved unjust notoriety when its hero's costume of black velvet with lace collar created a fashion for Little Lord Fauntleroy suits which were foisted upon reluctant children. Despite this reaction, however, the warmth and humour of Frances Hodgson Burnett's story have ensured its survival as a children's classic and an enduring phenomenon of popular culture. The text is that of the first English edition with significant variations from the first serialization of the story and the first American edition recorded in the notes.