Items related to Queen of the South

Arturo Perez-Reverte Queen of the South

Queen of the South 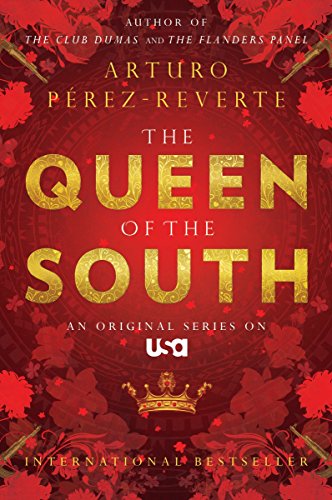 From “master of the intellectual thriller” Arturo Pérez-Reverte, a remarkable tale, spanning decades and continents—from the dusty streets of Mexico to the sparkling waters off the coast of Morocco, to the Strait of Gibraltar and Spain—in a story encompassing sensuality and cruelty, love and betrayal, and life and death.

Teresa Mendoza's boyfriend is a drug smuggler who the narcos of Sinaloa, Mexico, call "the king of the short runway," because he can get a plane full of coke off the ground in three hundred yards. But in a ruthless business, life can be short, and Teresa even has a special cell phone that Guero gave her along with a dark warning. If that phone rings, it means he's dead, and she'd better run, because they're coming for her next. Then the call comes.

In order to survive, she will have to say goodbye to the old Teresa, an innocent girl who once entrusted her life to a pinche narco smuggler. She will have to find inside herself a woman who is tough enough to inhabit a world as ugly and dangerous as that of the narcos-a woman she never before knew existed. Indeed, the woman who emerges will surprise even those who know her legend, that of the Queen of the South.

Arturo Pérez-Reverte’s novels have captivated readers around the world and earned him a reputation as “the master of the intellectual thriller” (Chicago Tribune). Originally a war correspondent, he now writes fiction full-time. His novels include the Captain Alatriste series, The Flanders Panel, The Club Dumas, The Fencing Master, The Seville Communion, The Nautical Chart, The Queen of the South, and What We Become. His books have been published in fifty countries.He is a member of the Spanish Royal Academy. He lives near Madrid, Spain.

Teresa Mendoza is the girlfriend of a Mexican drug smuggler who tells her that if the cell phone rings, she must run for her life--he will already be dead. The story of Teresa's life is one of transformation from a young and dependent girlfriend to a tough and untrusting woman who survives pursuit, prison, and even becoming a drug-runner. Perez-Reverte's novel juxtaposes Teresa's story with that of a reporter writing a book about her life a few years later. Lina Patel copes flawlessly with the characters' Mexican Spanish. However, her narration is too subtle to effectively render Teresa's anger and fear. The characters sound so similar to each other that when Perez-Reverte switches from Teresa's story to that of the reporter, the listener can miss the transition. A.B. © AudioFile 2004, Portland, Maine-- Copyright © AudioFile, Portland, Maine

1. The Queen of the South

2. The Queen Of The South

3. Queen of the South

4. Queen of the South

5. Queen of the South

6. Queen of the South (Paperback or Softback)

7. Queen of the South

8. Queen of the South

9. Queen of the South