Items related to The Borrowers (Dolphin) 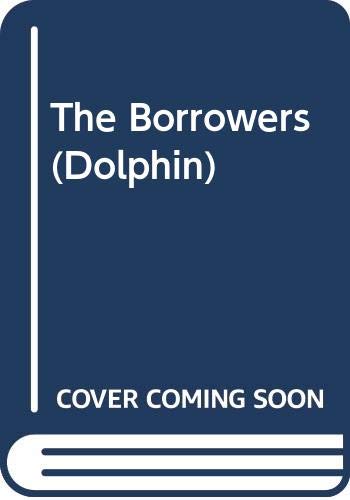 Anyone who has ever entertained the notion of "little people" living furtively among us will adore this artfully spun classic. The Borrowers--a Carnegie Medal winner, a Lewis Carroll Shelf Award book, and an ALA Distinguished Book--has stolen the hearts of thousands of readers since its 1953 publication. Mary Norton (1903-1993) creates a make-believe world in which tiny people live hidden from humankind beneath the floorboards of a quiet country house in England.

Pod, Homily, and daughter Arrietty of the diminutive Clock family outfit their subterranean quarters with the tidbits and trinkets they've "borrowed" from "human beans," employing matchboxes for storage and postage stamps for paintings. Readers will delight in the resourceful way the Borrowers recycle household objects. For example, "Homily had made her a small pair of Turkish bloomers from two glove fingers for 'knocking about in the mornings.'"

The persistent pilfering goes undetected until a boy (with a ferret!) comes to live in the country house. Curiosity drives Arrietty to commit the worst mistake a Borrower can make: she allows herself to be seen. This engaging, sometimes hair-raisingly suspenseful adventure is recounted in the kind, eloquent voice of narrator Mrs. May, whose brother might--just might--have seen an actual Borrower in the country house many years ago. (Ages 9 to 12)

MARY NORTON was born in London in 1903, and brought up in Bedfordshire, which was the setting for THE BORROWERS. In 1941 she was given a war job in America, and worked for two years for the British Purchasing Commission in New York. It was during this time that she began to write. After the war, she moved back to England with her family and continued writing and acting. Mary Norton died in 1992.

Book Description Paperback. Condition: Very Good. The book has been read, but is in excellent condition. Pages are intact and not marred by notes or highlighting. The spine remains undamaged. Seller Inventory # GOR009174047

Book Description Littlehampton Book Services Ltd, 1975. Paperback. Condition: Good. All orders are dispatched the following working day from our UK warehouse. Established in 2004, we have over 500,000 books in stock. No quibble refund if not completely satisfied. Seller Inventory # mon0003865109

Shipping: US$ 2.93
From United Kingdom to U.S.A.
Destination, rates & speeds

Shipping: US$ 12.35
From United Kingdom to U.S.A.
Destination, rates & speeds