Items related to The Art Spirit 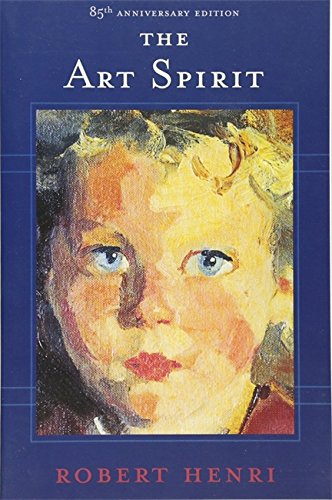 A classic work of advice, criticism, and inspiration for aspiring artists and lovers of art

"Art when really understood is the province of every human being." So begins The Art Spirit, the collected words, teachings, and wisdom of innovative artist and beloved teacher Robert Henri. Henri, who painted in the Realist style and was a founding member of the Ashcan School, was known for his belief in interactive nature of creativity and inspiration, and the enduring power of art. Since its first publication in 1923, The Art Spirit, has been a source of inspiration for artists and creatives from David Lynch to George Bellows. Filled with valuable technical advice as well as wisdom about the place of art and the artist in American society, this classic work continues to be a must-read for anyone interested in the power of creation and the beauty of art.

Robert Henri (1865-1929) was an American artist, teacher, and an outspoken advocate of modernism in painting. He is best known for his leadership of the group of realist painters known as "The Eight," later termed the Ashcan School. Henri was a devotee of realism and the usage of everyday city life as a subject matter. He taught at the Art Students League in New York from 1915-1928, and had a profound influence upon early 20th century painters such as Stuart Davis, Rockwell Kent, and Edward Hopper.

"I would give anything to have come by this book years ago. It is in my opinion comparable only to the notes of Leonardo and Sir Joshua...One of the finest voices which express the philosophy of modern men in painting."
―George Bellows

4. The Art Spirit (Paperback or Softback)

Book Description Paperback. Condition: New. New edition. Paperback. Embodying the entire system of Robert Henris teaching, The Art Spirit contains much valuable advice, critical comment, and inspiration to every student of the arts. Embodying the entire sy.Shipping may be from multiple locations in the US or from the UK, depending on stock availability. 284 pages. 0.320. Seller Inventory # 9780465002634