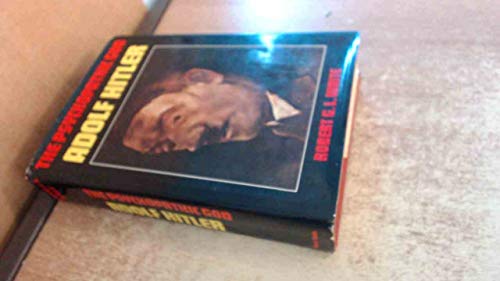 Documented accounts of Hitler's behavior, beliefs, tastes, fears, and compulsions are used to create a portrait of the infamous Nazi leader as an historical figure of major importance and a psychopathic personality of extraordinary complexity

'The Psychopathic God' is the definitive psychological portrait of Adolf Hitler. By documenting accounts of his behavior, beliefs, tastes, fears, and compulsions, Robert Waite sheds new light on his complex figure.

Robert G. L. Waite is Brown Professor of History Emeritus at Williams College. He is the author of Vanguard of Nazism: The Free Corps Movement in Post-War Germany, 1918–1923 and Kaiser and Fuhrer: A Comparative Study of Personality and Politics.