Items related to Basic Economics : A Citizen's Guide to the Economy

Sowell, Thomas Basic Economics : A Citizen's Guide to the Economy

Basic Economics : A Citizen's Guide to the Economy 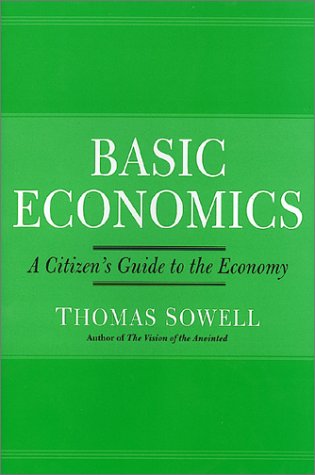 Basic Economics has been written with the thought that learning economics should be not only a relaxed experience but also an enjoyable one.

This is the revised and expanded edition of a new kind of introduction to economics for the general public—without graphs, statistics, or jargon. However, the enlargement of this edition is not just more of the same. In addition to being updated, Basic Economics has also become more international, with the inclusion of economic problems from more countries around the world because the basic principles of economics are not confined by national borders. Each chapter reflects the experiences of many different peoples and cultures.

Thomas Sowell is an economist with experience in private industry, government, and the academic world. He is currently the Rose and Milton Friedman Senior Fellow at the Hoover Institution, Stanford University. His writings have appeared in both scholarly and popular publications and have been translated into ten languages. These writings include a column syndicated to more than 150 newspapers.