Items related to The White Tecumseh: A Biography of General William...

The White Tecumseh: A Biography of General William T. Sherman 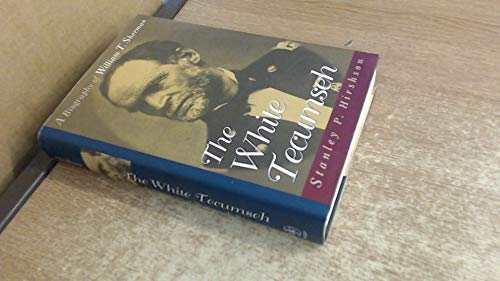 Best remembered as the man who burned Atlanta and marched his army to the sea, cutting a swath of destruction through Georgia, William Tecumseh Sherman remains one of the most vital figures in Civil War annals. In The White Tecumseh, Stanley Hirshson has crafted a beautiful and rigorous work of scholarship, the only life of Sherman to draw on regimental histories and testimonies by the general's own men. What emerges is a landmark portrait of a brilliant but tormented soul, haunted by a family legacy of mental illness and relentlessly driven to realize a powerful military ambition.

"Sympathetic yet excellent . . . insight into how Sherman's own troops felt about him and his relationships with fellow generals, especially Grant. . . . Highly recommended." --Library Journal

William T. Sherman was Ulysses S. Grant's staunchest ally in the Union Army; in 1862 he even dissuaded his friend from resigning. This opinionated work on the leader of the merciless March to the Sea takes issue with many previous biographies. According to Stanley Hirshon, Sherman was not a racist (at least, not by 19th-century standards), not a philanderer (though he liked to flirt), and not a bad general (though he lost a lot of battles). The author makes a persuasive case for these contentions in his strongly argued text.

A thoroughly researched biography of William Tecumseh Sherman, one of the most prominent generals of the Civil War, who is best remembered as the man who razed Atlanta and brilliantly marched his army to the sea cutting a swath of destruction through Georgia. The author is more sympathetic to Sherman, presenting him as brilliant but unhappy, and devotes far more consideration to Sherman's battles and marches than any previous biographer.

1. The White Tecumseh: A Biography of General William T. Sherman

2. The White Tecumseh: A Biography of General William T. Sherman

4. The White Tecumseh: A Biography of General William T. Sherman