Items related to Fundamentals of Microelectronics 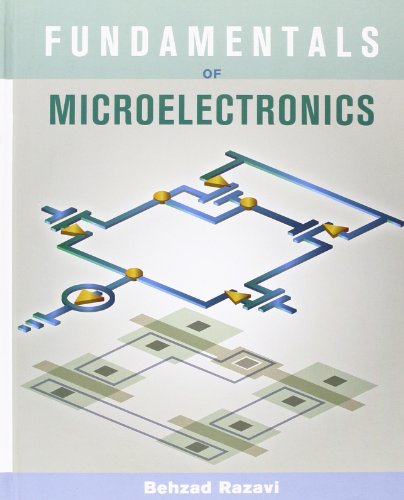 Designed to build a strong foundation in both design and analysis of electronic circuits, Razavi teaches conceptual understanding and mastery of the material by using modern examples to motivate and prepare students for advanced courses and their careers. Razavi's unique problem-solving framework enables students to deconstruct complex problems into components that they are familiar with which builds the confidence and intuitive skills needed for success.

Behzad Razavi is an award-winning teacher, researcher, and author. He holds a Ph.D. degree from Stanford University and has been Professor of Electrical Engineering at University of California, Los Angeles, since 1996. His current research encompasses RF and wireless design, broadband data communication circuits, phase-locking phenomena, and data converter design.

Professor Razavi is an IEEE Distinguished Lecturer, a Fellow of IEEE, and the author of a number of books, including Principles of Data Conversion System Design, RF Microelectronics (translated to Chinese and Japanese), Design of Analog CMOS Integrated Circuits (translated to Chinese and Japanese), Design of Integrated Circuits for Optical communications, and Fundamentals of Microelectronics. he is also the editor of Monolithic Phase-Locked Loops and Clock recovery circuits and Phase-Locking in High-Performance Systems.

Book Description Wiley. soft cover. Condition: New. International Edition. No supplemental materials. International Editions may have a different cover or ISBN but generally have the exact same content as the US edition, just at a more affordable price. In some cases, end of chapter questions may vary slightly from the US edition. International Editions are typically printed in grayscale, and likely will not have any color throughout the book. New. Books ship from multiple locations depending on availability. All orders are shipped with tracking information. We take pride in our customer service. Please contact us if you have any questions regarding this listing. Seller Inventory # 13675