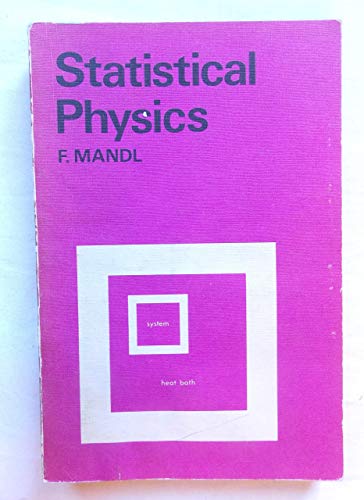 The laws of statistical mechanics and thermodynamics form one of the most fascinating branches of physics, and this text imparts some of this fascination to the student. The rapid growth in scientific knowledge means that an undergraduate physics course can no longer teach the whole of physics. With this in mind Professor Mandl has written a book which allows great flexibility in its use; it enables readers to proceed by the quickest route to a particular topic, and it enables teachers to select courses differing in length, difficulty and choice of applications. The aim of the text is to explain critically the basic laws of statistical physics and to apply them to a wide range of interesting problems. A reader who has mastered this book should have no difficulties with one of the more advanced treatises or with tackling quite realistic problems. Two substantial improvements have been incorporated into this second edition - firstly much greater prominence has been given to the Gibbs distribution, and secondly the treatment of magnetic work has been completely revised. Other changes include clarification of some of the arguments, a general updating of the textual material and a revision of the bibliography.

Rebecca M. Brown is visiting Associate Professor in the History of Art and Political Science at Johns Hopkins University, USA. Her publications include Gandhi's Spinning Wheel and the Making of India (2010), and Art for a Modern India, 1947-1980 (2009)

Deborah S. Hutton is Associate Professor of Art History at The College of New Jersey, USA. She is the author of Art of the Court of Bijapur (2006), which received the American Institute of Indian Studies Edward Cameron Dimock Jr. Prize in the Indian Humanities.

Together, Rebecca Brown and Deborah Hutton have edited Asian Art: An Anthology (Wiley-Blackwell, 2006).