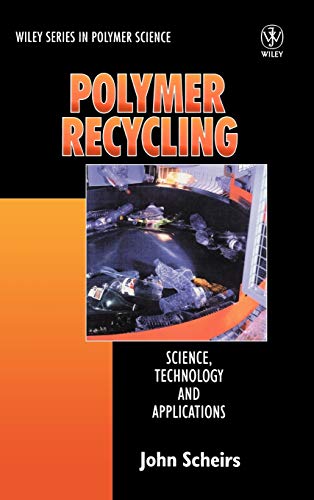 Provides an overview of state-of-the-art recycling techniques together with current and potential applications.

A comprehensive volume which will prove to be invaluable for polymer manufacturers, recyclers and marketers as well as environmental authorities and materials engineers.

The last six years have seen a great shift in plastics recycling from the mechanical recycling of the early nineties towards a more integrated approach in which feedstock recycling and the recovery of incineration energy is encouraged. Based on extensive research of the international recycling industry, this book describes technological advances in polymer recycling from the sorting stage through to recycling processes and end-use applications; provides an overview of state-of-the-art recycling techniques with current and potential applications and draws together and consolidates literature in this rapidly growing field. Due to widespread growing concern over the contribution of plastics to environmental pollution, a book which does all of the above is long overdue. In the US and Europe the recycling of polymers is a major political issue and has become an expanding commercial activity. Dr. Scheirs places significant emphasis on the recycling of automobile tyres, polyurethane foams, carpets, engineering plastics and fibre-reinforced composites, all of which had been previously thought to be hard to recycle.

Book Description 1998. Condition: NEW. 9780471970545 This listing is a new book, a title currently in-print which we order directly and immediately from the publisher. For all enquiries, please contact Herb Tandree Philosophy Books directly - customer service is our primary goal. Seller Inventory # HTANDREE01441124