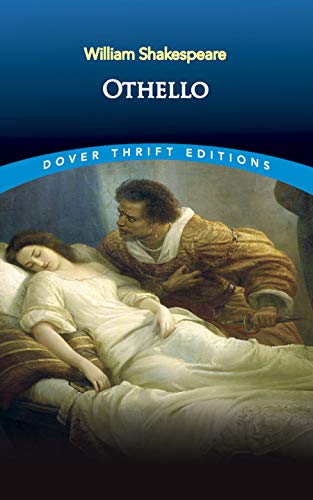 One of the greatest of Shakespeare's tragedies, Othello tells the story of a Moorish general in command of the armed forces of Venice who earns the enmity of his ensign Iago by passing him over for a promotion. Partly for revenge and partly out of pure evil, Iago plots to convince Othello that Desdemona, his wife, has been unfaithful to him.
Iago succeeds in his evil aims only too well, for the enraged Othello murders Desdemona. When Othello later learns of her innocence, he takes his own life. Bleak and unsparing, this play offers a stunning portrait of an arch-villain and an astute psychological study of the nature of evil.

A major new edition of Shakespeare's powerful tragedy with a new introduction bringing it up-to-date for today's students.