Items related to Of Plymouth Plantation (Dover Books on Americana) 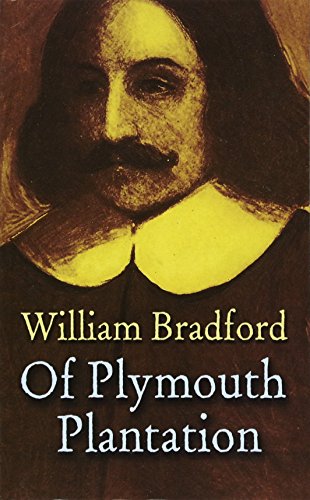 The most important and influential source of information about the Pilgrims and Plymouth Colony, this landmark account was written between 1630 and 1647. It vividly documents the Pilgrims' adventures: their first stop in Holland, the harrowing transatlantic crossing aboard the Mayflower, the first harsh winter in the new colony, and the help from friendly Native Americans that saved their lives.
No one was better equipped to report on the affairs of the Plymouth community than William Bradford. Revered for his patience, wisdom, and courage, Bradford was elected to the office of governor in 1621, and he continued to serve in that position for more than three decades. His memoirs of the colony remained virtually unknown until the nineteenth century. Lost during the American Revolution, they were discovered years later in London and published after a protracted legal battle. The current edition rendered into modern English and with an introduction by Harold Paget, remains among the most readable books from seventeenth-century America.

“Bradford’s history is a story of a simple people inspired by an ardent faith to a dauntless courage in danger, a resourcefulness in dealing with new problems, an impregnable fortitude in adversity that exalts and heartens one in an age of uncertainty, when courage falters and faith grows dim. It is this story, told by a great human being, that has made the Pilgrim Fathers in a sense the spiritual ancestors of all Americans, all pioneers.” Thus Samuel Eliot Morison, the preeminent American historian in this field, in his Preface to this great American classic.

For the first time the printed text of Bradford’s history has been compared word for word with the original manuscript; for the first time the difficult abbreviations and contractions used by Bradford have been filled out and his archaic and variant spellings made uniform. This edition has a double value: it presents Governor Bradford’s text in readable form and it provides contemporary readers with a history of that text and its enduring significance by the historian clearly elect to interpret it.