Items related to The Gingerbread Man 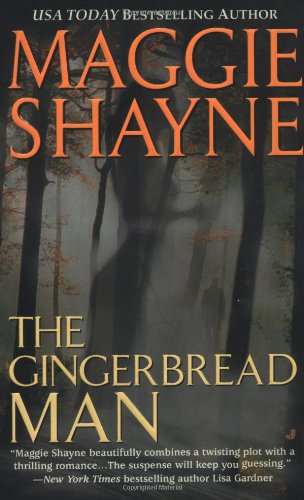 The discovery of the bodies of two missing children in an abandoned house sends Detective Vincent O'Mally to a small town in upstate New York, where he meets Holly Newman, a young woman whose sister had been abducted and murdered years earlier, and becomes convinced that the earlier killing is linked to his own case. Original.

After promising a distraught mother he'd find her missing children, Detective Vince O'Mally discovers their mutilated corpses in an abandoned house. Tormented by images of the horrific crime scene, Vince is forced to quit the case by his superiors and take a vacation. Instead, Vince heads to Dilmun, a small town in upstate New York, to follow up a seemingly insignificant lead. At the town's tiny police department, Vince meets Holly Newman, a pretty but troubled woman who has never recovered from losing her own sister to a child killer more than twenty years ago. Convinced the cases are connected, Vince pushes Holly to recall long buried memories; in the process, he falls in love with her. With a killer on their trail and another child's abduction augmenting their sense of urgency, Holly and Vince team up with the local police and the FBI to track down the killer. Shayne's (The Texas Brand, etc.) haunting tale is intricately woven, and her quirky supporting characters including a retired horror movie star, his mysterious young niece and an omnipresent Native American physician will capture the reader's sympathy. A moving mix of high suspense and romance, this haunting Halloween thriller will propel readers to bolt their doors at night.