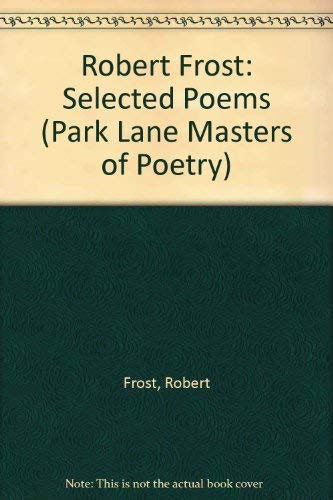 Presents the first three volumes of Robert Frost's poetry, along with eighteen rarely reprinted early poems, including love poems to his future wife

`If you don't know a student doing English A-levels, buy a copy for yourself.' Friends of the Dymock Poets Newsletter, issue 19

Book Description Random House Value Publishing. Paperback. Condition: Fair. A readable copy. All pages are intact, and the cover is intact. Pages can include considerable notes-in pen or highlighter-but the notes cannot obscure the text. An ex-library book and may have standard library stamps and/or stickers. At ThriftBooks, our motto is: Read More, Spend Less. Seller Inventory # G0517200171I5N10

Book Description Random House, Inc., 1996. Condition: Good. A+ Customer service! Satisfaction Guaranteed! Book is in Used-Good condition. Pages and cover are clean and intact. Used items may not include supplementary materials such as CDs or access codes. May show signs of minor shelf wear and contain limited notes and highlighting. Seller Inventory # 0517200171-2-4