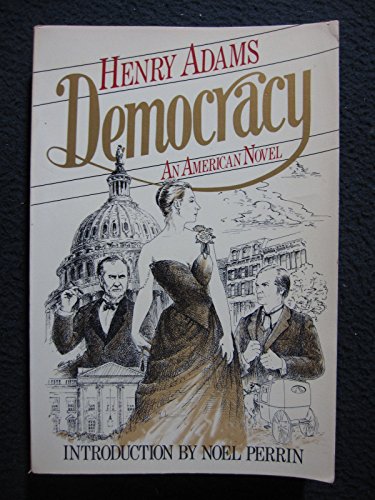 First published anonymously in 1880, the mother of all (American) political novels is the story of Madeleine Lee, a young widow who comes to Washington, DC, to understand the workings of government. "What she wanted was POWER." During the course of the novel, she sees enough of power and its corruptions to last her a lifetime.

An immediate bestseller upon its publication in 1880, the anonymously penned "Democracy prompted widespread speculation and guessing games as to its author's identity. It is the story of Mrs. Lightfoot Lee, a society widow, and Silas Ratcliffe, the most influential member of the Senate, who, throughout the novel, pursues Mrs. Lee while at the same time battling her for power. Set in Washington in the 1870s, "Democracy presents a scathing and incisive look at the intricate inner workings of politics and corruption that remains relevant today.
This Modern Library Paperback Classic is set from the 1880 first edition and includes a contemporary review from "The Atlantic Monthly.

Book Description Random House Value Publishing. Hardcover. Condition: Very Good. A copy that has been read, but remains in excellent condition. Pages are intact and are not marred by notes or highlighting, but may contain a neat previous owner name. The spine remains undamaged. At ThriftBooks, our motto is: Read More, Spend Less. Seller Inventory # G0517547287I4N00

Book Description Random House Value Publishing, 1982. Condition: Good. A+ Customer service! Satisfaction Guaranteed! Book is in Used-Good condition. Pages and cover are clean and intact. Used items may not include supplementary materials such as CDs or access codes. May show signs of minor shelf wear and contain limited notes and highlighting. Seller Inventory # 0517547287-2-4