Items related to The Small Towns of Roman Britain

The Small Towns of Roman Britain 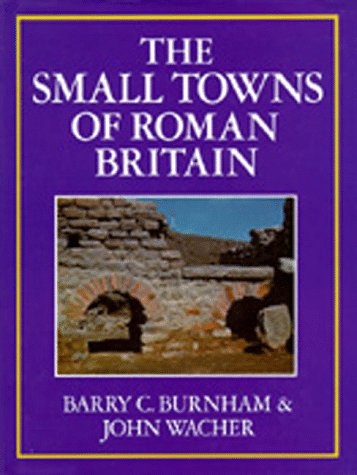 The Small Towns of Roman Britain surveys a wide range of Roman town sites, answering many questions about their character and the archaeological problems they raise. The past thirty years have seen a dramatic increase in the quality of the evidence on these sites gained from fieldwork, excavation, and aerial archaeology. Because there is almost no documentary or epigraphic material of any real value on the small towns, this archaeological evidence provides a heretofore unavailable perspective. Authors Barry Burnham and John Walker have organized the information in a manner that is both useful to scholars and stimulating to history buffs or walkers interested in touring these sites.

Each site is illustrated with a site plan, and many aerial photographs are provided as well. Introductory chapters provide an overview of the origins, development, and morphology of the towns; the special religious, governmental, or industrial significance of many sites; and the economic functions common to all. A comprehensive bibliography completes the volume.

This is the eagerly awaited companion volume to John Wacher's watershed study The Towns of Roman Britain, which was highly praised for "its clean prose, excellent illustrations and fascinating story, . . . a most important contribution to scholarship, while remaining eminently attractive to the general reader." (Barry Cunliffe, Times Literary Supplement).

Barry Burnham is a lecturer in Roman Archaeology at St. David's University College, Lampeter, and is currently excavating within the Roman fort at Pumsaint. John Wacher is the Emeritus Professor of Archaeology at the University of Leicester and is the author of The Towns of Roman Britain (California, 1975).

1. The Small Towns of Roman Britain