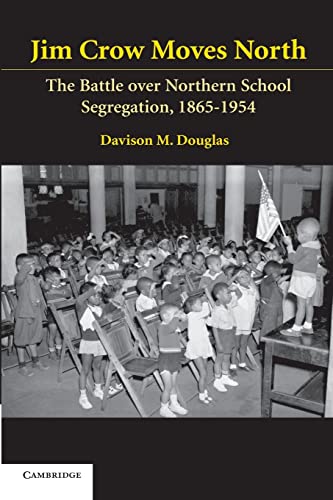 Most observers have assumed that school segregation in the United States was exclusively a southern phenomenon. In fact, many northern communities, until recently, engaged in explicit "southern style" school segregation whereby black children were assigned to "colored" schools and white children to white schools. Davison Douglas examines why so many northern communities did engage in school segregation (in violation of state laws that prohibited such segregation) and how northern blacks challenged this illegal activity. He analyzes the competing visions of black empowerment in the northern black community as reflected in the debate over school integration.

Davison M. Douglas is the Arthur B. Hanson Professor of Law at the William and Mary School of Law where he teaches courses in American constitutional law and history. From 1997-2004, he served as Director of the Institute of Bill of Rights Law at William and Mary. Douglas received a Ph.D. in American history (1992), a law degree (1983), and master's degree in religion (1983) from Yale University. He has written several articles and books dealing with American constitutional history, including Reading, Writing, and Race: The Desegregation of the Charlotte Schools (1995), Redefining Equality (1998) (edited, with Neal Devins), and articles in the Michigan Law Review, the Northwestern University Law Review, the Texas Law Review, and the UCLA Law Review. He has lectured on American constitutional law and history at universities throughout the United States, Africa, Asia, Australia, and Europe.

Book Description 2006. Paperback. Condition: NEW. 9780521607834 This listing is a new book, a title currently in-print which we order directly and immediately from the publisher. For all enquiries, please contact Herb Tandree Philosophy Books directly - customer service is our primary goal. Seller Inventory # HTANDREE0465851