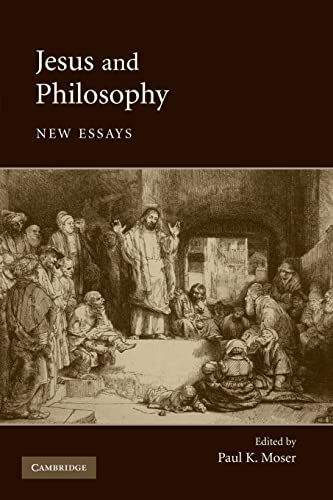 What, if anything, does Jesus of Nazareth have to do with philosophy? This question motivates this collection of new essays from leading theologians, philosophers, and biblical scholars. Part I portrays Jesus in his first-century intellectual and historical context, attending to intellectual influences and contributions and contemporaneous similar patterns of thought. Part II examines how Jesus influenced two of the most prominent medieval philosophers. It considers the seeming conceptual shift from Hebraic categories of thought to distinctively Greco-Roman ones in later Christian philosophers. Part III considers the significance of Jesus for some prominent contemporary philosophical topics, including epistemology and the meaning of life. The focus is not so much on how "Christianity" figures in such topics as on how Jesus makes distinctive contributions to such topics.

What, if anything, does Jesus have to do with philosophy? This collection of essays examines this question in three parts: Jesus in his first-century context, in medieval philosophy, and in contemporary philosophy.

Book Description 2008. Paperback. Condition: NEW. 9780521694865 This listing is a new book, a title currently in-print which we order directly and immediately from the publisher. For all enquiries, please contact Herb Tandree Philosophy Books directly - customer service is our primary goal. Seller Inventory # HTANDREE0470746