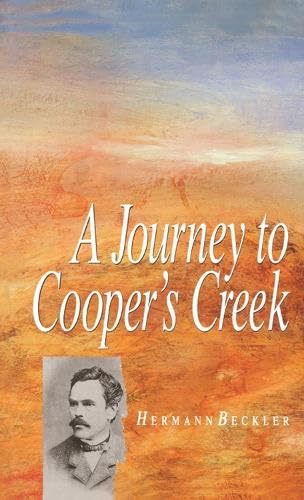 First-hand accounts of the myth-laden Burke and Wills expedition are remarkably few, in contrast to the reams of subsequent commentary and conjecture. Wills's journal and statements by others in the party were published at the time, but little more.Hermann Beckler, botanical collector and doctor to the expedition, wrote the only other substantial account, in his native German. The manuscript remained with his family for nearly a century. It is now published for the first time.This highly readable account, with drawings and maps, offers insights into the causes of the expedition's failurea "an ill-chosen leader and route, and inappropriate and excessive supplies. In increasingly desperate conditions Beckler collected and identified the native flora, and recorded vivid and positive descriptions of the landscape and the Aboriginal people. His acute observations indicate what might have been achieved had the expedition pursued its scientific brief.

Dr Stephen Jeffries has researched a number of German travellers and settlers in nineteenth-century Australia.

1. A JOURNEY TO COOPER'S CREEK