Items related to The Secret Life of the Gold Coast

Shanahan, Brendan The Secret Life of the Gold Coast

The Secret Life of the Gold Coast 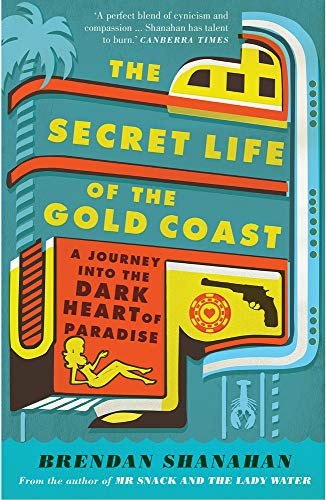 The Gold Coast: City of the Future; metropolis of dreams. In less than fifty years a tiny holiday town of fibro shacks and mangrove swamps has grown to become a city of almost a million people and an embodiment of our unquenchable lust for surf, sun and sand. Set against a backdrop of marina developments for the near-dead, a rampant drug culture, the underground porn industry and the anarchy of schoolies week, The Secret Life of the Gold Coast is a disturbing but often comical expose that trawls the underbelly of Gold Coast life while pondering the elusive nature of Paradise and the unexpected consequences of our desires.

About the Author:
Brendan Shanahan is a writer based in Sydney and Las Vegas. He writes regularly for various publications internationally and is the author of Mr Snack and The Lady Water (2013), The Secret Life of the Gold Coast (2004) and In Turkey I am Beautiful (2008). The latter was described as 'laugh out loud funny' by the Sydney Morning Herald, named 'one of the best travel books ever' by the Sun Herald and listed in the year's 10 best non-fiction works by ABC Radio National.