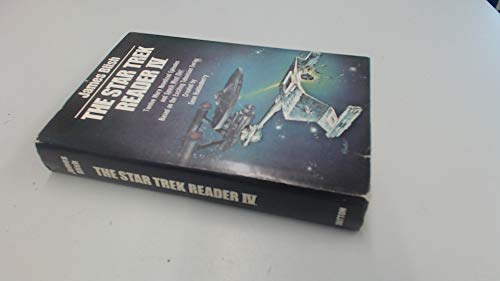 James Blish was a science fiction writer who wrote over 27 novels, most notably the Cities in Flight series, and A Case of Conscience, for which he won a Hugo Award. He also was a highly respected critic, and his criticism in collected in the books The Issue at Hand, and More Issues at Hand, (published under the pen name of William Atheling, Jr.). Using the original scripts, which sometimes differed from the final filmed episode, Blish turned each episode of the original Star Trek into a short story, which were collected into anthologies and published as paperback originals. The Star Trek Reader IV collects two of these anthologies: Star Trek 10, and Star Trek 11, and Blish's original Star Trek novel, Spock Must Die!. The episodes present include: The Alternative Factor; The Empath; The Galileo Seven; Is There in Truth No Beauty?; A Private Little War; The Omega Glory; What Are Little Girles Made Of?; The Squire of Gothos; Wink of an Eye; Bread and Circuses; Day of the Dove; and Plato's Stepchildren.