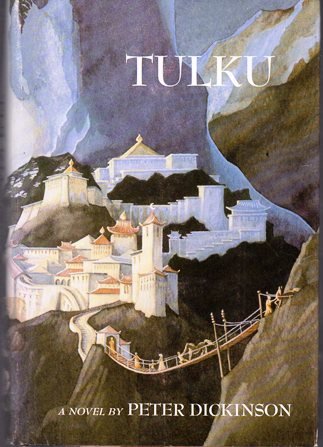 A thirteen-year-old boy escapes from slaughter by the Boxers in China and joins forces with an English botanist and her escort, traveling with them to Tibet where the power of Buddhist monks transforms the lives of all of them.

An attack in the dark, screams, burning huts...

Thirteen-year-old Theodore crouches under the trees. His father's Mission has been destroyed. His father is dead. Theodore is on his own, fleeing the Chinese rebels of the Boxer uprising.

Then Mrs Jones appears. A botanist, Mrs Jones is a feisty, aging, good-hearted woman who has an amazing (and eye-opening) vocabulary and who adopts Theodore into her band of travellers. Fleeing bandits, the group enters Tibet, where they meet the old Lama who rules a monastery. But when the Lama says they have been drawn to him by destiny, and insists that Theodore, Mrs Jones, and her young Chinese courier Lung hold the clue to the birth of the long-awaited Tulku, or reincarnated spiritual master, there seems to be no escape...

Peter Dickinson was born in Africa but raised and educated in England. From 1952 to 1969 he was on the editorial staff of Punch, and since then earned his living writing fiction of various kinds for children and adults. His books have been published in several languages throughout the world.

The author of twenty-one crime and mystery novels for adults, Dickinson was the first to win the Gold Dagger Award of the Crime Writers’ Association for two books running: The Glass-Sided Ants Nest (1968) and The Old English Peepshow (1969). Dickinson was shortlisted nine times for the prestigious Carnegie Medal for children’s literature and was the first author to win it twice.

Dickinson served as chairman of the Society of Authors and was a fellow of the Royal Society of Literature. He was made an Officer of the Order of the British Empire in 2009 for services to literature. Peter Dickinson died on December 16, 2015, at the age of eighty-eight.