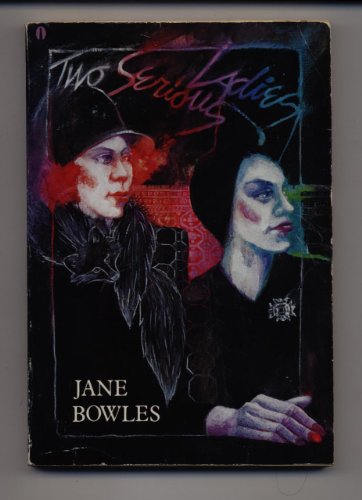 Tells the story of Christina Goering, an eccentric heiress obsessed with religion, and her companion, the enigmatic Lucy Gamelon

Jane Bowles was born in New York in 1917. In 1938 she married the writer and composer Paul Bowles and travelled with him to Europe, Central America, Mexico and Ceylon, before settling in Tangier, Morocco in 1947. Two Serious Ladies was her most acclaimed work and it has been praised as innovative and powerful. Bowles also published the short story collection Plain Pleasures and a play In The Summer House which was performed on Broadway. Jane Bowles died in Malaga in 1973. Her work has been translated into many languages, securing her an international reputation.

'My favourite book. I can't think of a modern novel that seems more likely to become an imperishable work, which I suppose means a classic.' - Tennessee Williams; 'One of the finest modern writers of fiction in any language.' - New York Times; 'Extremely funny fantasy... It knocks our Chelsea writers into oblivion.' - Observer; 'A landmark in 20th-century literature.' - Alan Sillitoe