Items related to A Matter of Life and Sex: 2

Moore, Oscar A Matter of Life and Sex: 2

A Matter of Life and Sex: 2 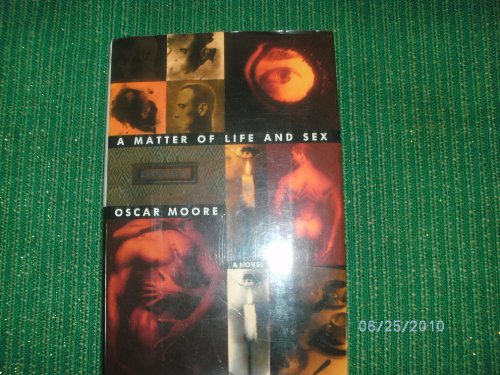 The product of a British middle-class upbringing, Hugo Harvey puts his bland suburban existence behind him to enjoy a life spent in the endless pursuit of homosexual sex in London. 10,000 first printing.

A relentless, grimly detailed debut from British journalist Moore, who chronicles the wild, free-wheeling existence of a lusty gay lad in London who lives fast and dies young, stopped in his prime by AIDS. Hugo Harvey gives vent to his rebellious nature even in childhood by vastly exaggerating his thoroughly middle-class family's fortunes to schoolmates. His pent-up passions have another release when he happens on heaven in a roadside loo frequented by gay men. Experienced in the ``toilet tango'' at the age of 14, he falls in love only to be jilted quickly, and as he grows older he moves ever deeper into the steamy, furtive world of quick sex and chemically altered states. Intelligent enough to attend Cambridge, he loses ground steadily to his primal urges, modeling for porn magazines and eventually taking up prostitution to support himself. Other facets of his incandescent existence include friendship with a woman he might have married, Cynthia, and frenetic backroom activity in N.Y.C., from which he comes home to die. Having watched close friends and lovers go before him, he keeps a fragile peace- -from his hospital bed--with his mother, whom he adored and feared in his adolescence and whose infidelity and deception paralleled his own. More episodic than chronological, with significant letters filling the gaps, many scenes are painted with a distinctly melodramatic flourish, but are no less impressive as a result. With its graphic, lurid sexuality, not for the squeamish--but devastatingly frank in probing gay experience and the vacuity of middle-class family life. -- Copyright ©1992, Kirkus Associates, LP. All rights reserved.