Items related to Lynelle By the Sea

Albanese, Laurie Lynelle By the Sea

Lynelle By the Sea 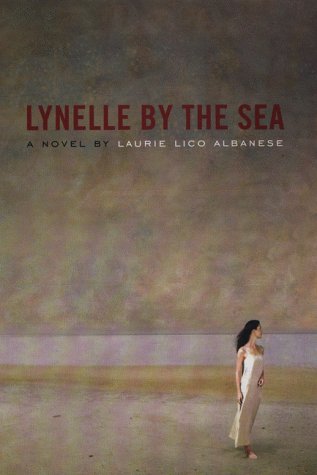 A woman seeking solace after the sudden death of her child flees her marriage for Florida where, in her grief, she will walk off with another woman's infant son. A first novel. 15,000 first printing.

Laurie Lico Albanese won a 1997-98 New Jersey State Council on the Arts fellowship for the first chapter of Lynelle by the Sea. Her poems, short stories, and articles have appeared in the Chicago Tribune, Mothering magazine, and other publications. She has worked in the publishing industry, other media, and is now a magazine editor. She lives with her family in Montclair, New Jersey.

The plot of Albanese's debut novel may remind readers of Jacquelyn Mitchard's The Deep End of the Ocean, but Albanese blazes her own path through the familiar landscape of motherhood. Chapters alternate between the working-class vernacular of Lynelle Carter's earnest narration and the more distancing third-person portrayal of Annie Thompson's hectic family life. Lynelle, happily married to humble airport worker Hogan, loses her newborn baby to SIDS and descends into unassuageable grief. Her bereavement awakens memories of losing her beloved mother as a young girl, so she leaves Hogan and her New Jersey town to seek solitude and solace in her childhood home in Florida. Meanwhile, immersed in the frazzle and drudgery of child care for her three young offspring, Annie struggles to complete a graduate degree in social work, volunteer at a battered women's shelter and be a good wife to David. David callously dismisses his wife's work and dreams, as he dismissed her ambivalence about being pregnant with her unexpected third child, Dylan, now three months old. When Annie's father has a minor stroke, the Thompsons leave Illinois for Florida to help Annie's mother. Annie's and Lynelle's lives intersect when a distracted Annie leaves Dylan in his nine-year-old brother's care for a minute in a crowded crafts fair. Lynelle finds Dylan alone in the stroller and, in a moment of madness, kidnaps the baby. The ensuing nightmare for Annie and her family is contrasted with Lynelle's psychotic, dreamlike state during the baby's captivityAwhich, though short-lived, becomes an intense, life-changing drama for all involved. The denouement is resonant and charged with feeling, as Annie's newfound strength infuses her pain with compassion. The book slips into sentimentality at its epilogue, but for the most part it offers a resonant and complex portrayal of Annie and Lynelle coping with motherhood, loss and forgiveness. Agent, Angela Miller. BOMC alternate. (Jan.)
Copyright 1999 Reed Business Information, Inc.

1. Lynelle By the Sea by Albanese, Laurie

2. Lynelle By the Sea

3. Lynelle By the Sea

4. Lynelle By the Sea Albanese, Laurie

Book Description Condition: New. A woman seeking solace after the sudden death of her child flees her marriage for Florida where, in her grief, she will walk off with another woman's infant son. A first novel. 15,000 first printing. Seller Inventory # 9780525945369

5. Lynelle By the Sea Albanese, Laurie

6. Lynelle By the Sea Albanese, Laurie