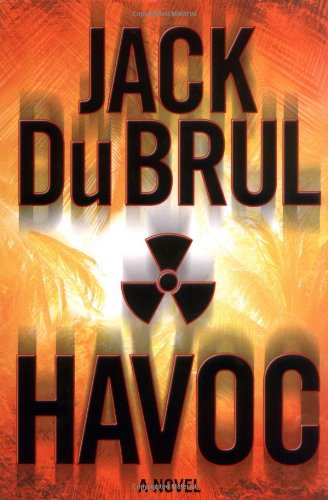 Seventy years after a murderous madman aboard the doomed Hindenburg tosses out a safe containing a dangerous secret, mining engineer Philip Mercer teams up with field researcher Cali Stone to figure out why a central African village is experiencing high rates of cancer. By the author of Charon's Landing.

Jack Du Brul is a graduate of the Westminster School and George Washington University. The author of numerous books, including The Medusa Stone and CharonÂ’s Landing, Du Brul is the coauthor with Clive Cussler of the New York Times bestselling Oregon Files series. He lives in Burlington, Vermont.

Fans of Phillip Mercer, sometime geologist, sometime soldier of fortune, won't be unhappy with this latest installment in the series. Once again, Mercer is portrayed by J. Charles, who has a clear, resonant voice. This time Mercer is called upon to unearth a seventy-year-old secret that is linked to a current act of terrorism. DuBrul cleverly offers an alternative explanation for the 1937 destruction of the Nazi zeppelin HINDENBURG at Lakehurst, New Jersey. Charles is at his best portraying newsman Herb Morrison, who witnesses the catastrophe and describes it as it happens. Charles is less successful at playing characters with accents. Most sound contrived. A.L.H. © AudioFile 2007, Portland, Maine-- Copyright © AudioFile, Portland, Maine

Book Description Condition: New. This is a brand new book! Fast Shipping - Safe and Secure Mailer - Our goal is to deliver a better item than what you are hoping for! If not we will make it right!. Seller Inventory # 1XGGTE000Q2S_ns