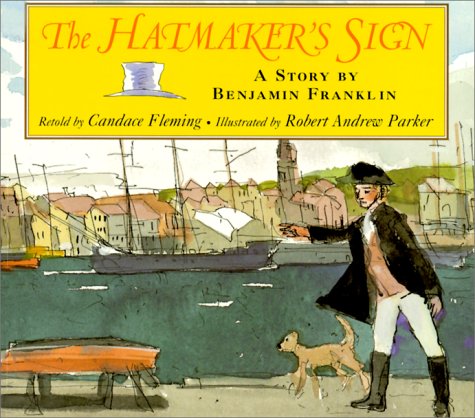 Dr. Short is a division director at the Center for Applied Linguistics (CAL) in Washington, D.C. She has worked as a teacher, trainer, researcher, and curriculum/materials developer. Her work at CAL has concentrated on the integration of language learning with content-area instruction. Through several national projects, she has conducted research and provided professional development and technical assistance to local and state education agencies across the United States. She directed the ESL Standards and Assessment Project for TESOL and co-developed the SIOP model for sheltered instruction.

Dr. Short's monographs include: Extend Your Students' Reach and Move Them Toward Independence, Base Your ESL Instruction in the Content Areas, Reach for the Common Core, Structural Supports for English Learners, Comprehensive and Responsive Assessment, and Developing Academic Literacy in Adolescents.

Grade 1-5?This delightful tale will be a boon to classrooms studying Colonial America and the emergence of the United States government, but it has a much broader audience as well. Culled from The Papers of Thomas Jefferson, it's a masterful retelling of a parable Benjamin Franklin whispered to calm Jefferson's anxiety during the debates over the Declaration of Independence. The story relates the plight of a Boston hatmaker trying to create a sign for his new shop. The original draft consists of 10 words and a picture of a hat. The hatmaker's wife suggests the removal of three words. Then the reverend reads it and suggests that three more words be eliminated, and so on, until the hatmaker is left with just the graphic image. More well-wishers suggest the addition of a word or two until the merchant's original draft is restored. This humorous tale ends with Franklin assuring Jefferson that anything offered to the public is subject to criticism. More importantly, the parable provides insight into how documents are changed by the input of various opinions. An author's note gives more information on Franklin's love of storytelling and Jefferson's distress over the 87 changes the Continental Congress made to the Declaration of Independence. Parker's full and often double-page watercolor illustrations capture the ambiance of colonial Boston, the annoyed Jefferson, and the soothing Franklin. They are sophisticated enough for older children, yet have plenty of appeal for younger ones, too.?Jackie Hechtkopf, Talent House School, Fairfax, VA
Copyright 1998 Reed Business Information, Inc.