Items related to (Un)Becoming Black: The Myth of Race

(Un)Becoming Black: The Myth of Race 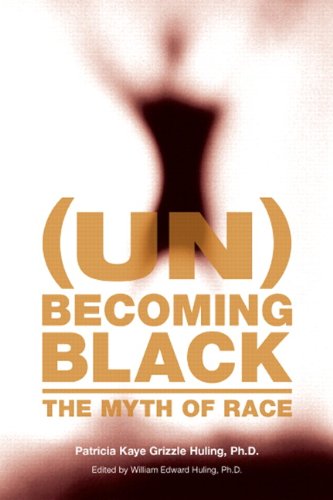 Here in the United States, hierarchical racial ideologies serve as impediments to understanding the significance of cultural similarities and differences.  Cultural and racial paradigms use faulty reasoning which encourage stereotyping, isolation and economic disenfranchisement. Moreover, rather than encouraging the recognition of cultural diversity, American racial-ethnic categories obscure the real selfidentity of individuals.   Throughout history, Africans in the Americas have experienced assimilation, acculturation and marginalization differently. However, they are all pigeonholed by Western ideologies based upon: their depiction in popular culture, their representation in literature, and their role and portrayal in the history of the United States of America. Too often, the racial label ¿Black¿ discounts cultural variances and obscures the fact that, among people with African ancestry, there are distinguishing regional variations and diverse histories.   While most texts present a common history of African Americans, few discuss the intricate processes by which Black cultural traits are assigned, maintained or negated.

1. Un)Becoming Black: The Myth of Race