Items related to Jack and the Beanstalk (Paul Galdone Classics) 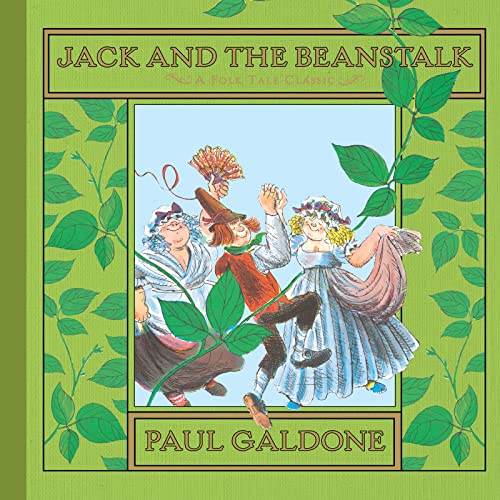 Young readers are sure to delight in Galdone's version of this classic story, and the lively illustrations and rhythmic storytelling make it perfect for reading aloud with little ones. With a gorgeous cover in keeping with the rest of the Folk Tale Classics series, the story of Jack and his magic bean has never been more irresistible.

Paul Galdone was born in Budapest, Hungary in 1907 and emigrated to the United States in 1928. After finishing his studies at the Art Student League and the New York School of Industrial Design, Mr. Galdone worked in the art department of a major publishing house. There he was introduced to the process of bookmaking, an activity that was soon to become his lifelong career. Before his death in 1986, Mr. Galdone illustrated almost three hundred books, many of which he himself wrote or retold. He is fondly remembered for his contemporary style, bright earthy humor, and action-filled illustrations, which will continue to delight for generations to come.

"Here is a verse version, first published in England in 1807, of the well-known Jack and the Beanstalk. The jolly pictures by Galdone can stand up to his other fine creations and hold their own."-Publisher's Weekly

"The lively pictures provide just the right accompaniment; the story begins and ends with scenes of folksy domesticity while the suitably loutish monster, roaring and tipping, overspreads several pages in between."- The Horn Book

7. Jack and the Beanstalk Format: Paperback

9. Jack and the Beanstalk (Hardback or Cased Book)