Items related to The Lab 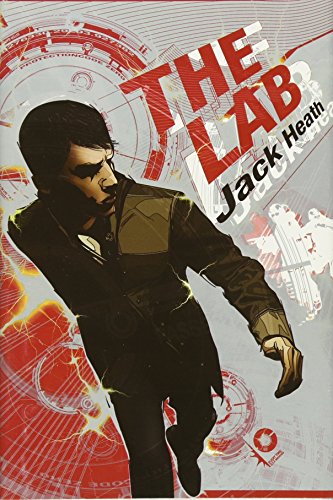 In a near-future world run by an evil corporation, the only justice comes from an organization called the Deck. Each agent in the deck belongs to a suit -- the Hearts and Diamonds are the operatives, the Clubs do the training, and the Spades monitor internal affairs. The hero is a 16-yr-old, Six of Hearts. (The highest ranking in each group is the King, and so forth, with the whole shebang led by the two Jokers). Six of Hearts is the best operative they have -- all the more impressive (and convenient for us) because he never kills anyone.

Jack Heath is the award-winning author of six action-packed thrillers for young adults. He started writing his first novel, The Lab, at age 13. He lives in Australia. Visit him online at jackheath.com.au.

Grade 6 Up—In a time far into the future in a city isolated from the rest of the world, ChaoSonic controls all of the residents. But, there is one group that refuses to stay under its thumb—the Deck. It has a secret weapon in the fight against the enemy—Agent Six of Hearts. He is like no other human ever seen; in fact, he isn't totally human. Created through insidious and illegal experiments by the Lab, a division of ChaoSonic, he is a clone made up of human DNA, cheetah muscle, bloodhound nose, shark skin, elephant brain, and peregrine bones and eyes. He's the best agent ever to work for the Deck, helping to thwart the organization that created him 16 years earlier. He escaped the Lab when he was a baby and has stayed out of sight ever since. Only his boss, the King of Hearts, knows his secret. Then he is captured by ChaoSonic operatives. Yet, one of them is different from the rest. In Kyntak, Six sees another boy whose past is the same as his own. Can he trust him? Can the experimentation, torture, and cloning at the Lab ever be stopped? Fans of Anthony Horowitz's "Alex Rider" (Philomel) or James Patterson's "Maximum Ride" (Little, Brown) series will be hooked on this novel. An action-packed, suspense-filled story.—Traci Glass, Eugene Public Library, OR
Copyright © Reed Business Information, a division of Reed Elsevier Inc. All rights reserved.