Items related to Nighttime: Too Scared to Sleep

Nighttime: Too Scared to Sleep 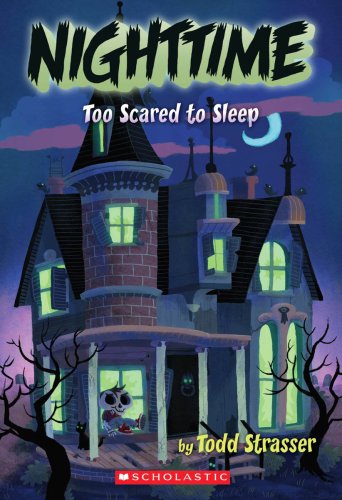 If you're easily scared then. . . DON'T read this book, or you'll be sorry when nighttime comes around! Short stories sure to make you think twice before turning off the light.

The seven unnerving stories in this original collection feature action figures that come alive at night, a ghost's first encounter with an MP3 player, and a karaoke machine that terrifies a sleepover party. These modern and supernatural thrills are perfect for readers who are still working up to the heavy-hitting chills of Goosebumps®.

Todd Strasser is the author of more than 130 books for teens and middle graders including the 17-book Help! I’m Trapped In series, and numerous award-winning YA novels, including The Wave, Give a Boy a Gun, and Boot Camp. His books have been translated into more than a dozen languages, and he has also written for television, newspapers, and magazines such as The New Yorker, Esquire, and The New York Times. Each year he speaks at dozens of schools from coast to coast, as well as at numerous state and regional conferences for teachers and media specialists. You can learn more about Todd and his books at www.toddstrasser.com.

Doug Cushman has illustrated over 100 books for children. He enjoys traveling and divides his time between Northern California and Paris, France. Visit him online at www.doug-cushman.com.

1. Nighttime: Too Scared To Sleep

2. Nighttime: Too Scared to Sleep

3. NIGHTTIME: TOO SCARED TO SLEEP