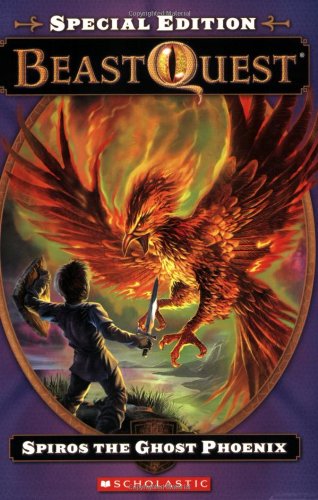 The evil wizard Malvel no longer wants to simply defeat Tom. He is determined to crush him. This time, he's kidnapped Tom's Aunt and Uncle-his only family-and disappeared. Tom's only hope is to summon the lost seventh Beast of Avantia, Spiros the Ghost Phoenix. But this legendary Beast disappeared years ago . . . and tracking her down could make this Tom's most dangerous quest yet.

Adam Blade is in his late twenties, and was born in Kent, England. His parents were both history teachers and amateur artists, and Adam grew up surrounded by his father's paintings of historic English battles which left a lifelong mark on his imagination. He was also fascinated by the ancient sword and shield that hung in his father's office. Adam’s father said they were a Blade family heirloom.

Sadly, Adam does not have his own Ice Dragon or Ghost Panther. But he really wishes he did!