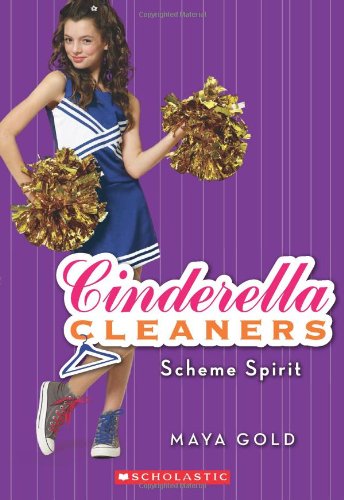 Diana's never been a fan of cheerleaders. After all, mean queen bee Kayleigh is one, and she's always snooty to Diana and her friends. Still, Diana has school spirit, and is bummed to be missing the festivities for the town's Homecoming game while she's stuck working at the cleaners. But when Diana's co-worker Cat has to help a friend in need, Diana finds herself at the homecoming parade...and,in a cheerleading costume! Will Diana be caught before the "spell" breaks?

Maya Gold is the author of the middle-grade series Cinderella Cleaners. She writes books for adults under a different name. Her eyes are a mix of hazel and gray, and though some of her ancestors come from New England, she doesn't think they were witches. She lives in upstate New York with her daughter.