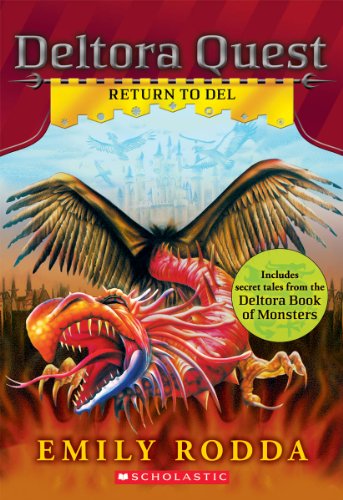 The seven lost gems have been restored to the Belt of Deltora. Now Lief, Barda, and Jasmine must find the heir to the kingdom's throne. They know that only the true heir can use the Belt's magic to overthrow the evil Shadow Lord. But the heir has been in deepest hiding from birth and only the Belt can reveal the hiding place. Shock follows shock as the Deltora quest rushes to its thundering climax, and the fury and power of the Shadow Lord himself threaten to destroy its three heroes and everything they love.

Emily Rodda is the author of the hugely successful Deltora Quest series and has more than eight million of her books in print. Winner of the Children's Book Council of Australia's Book of the Year Award (Younger Readers) a record five times, she seems to know instinctively what children want to read. She currently lives in Sydney, Australia.