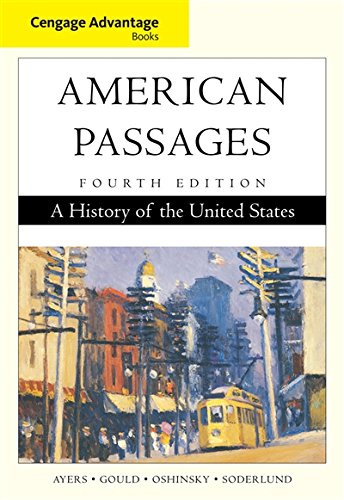 Edward L. Ayers is the President of the University of Richmond. He was educated at the University of Tennessee and Yale University, where he received his Ph.D. in American Studies. Previously Dean of Arts and Sciences at the University of Virginia, where he began teaching in 1980, Ayers was named National Professor of the Year by the Carnegie Foundation and the Council for the Support of Education in 2003. His book, IN THE PRESENCE OF MINE ENEMIES: WAR IN THE HEART OF AMERICA, 1859-1863 (2003), won the Bancroft Prize for distinguished work on the history of the United States. THE PROMISE OF THE NEW SOUTH: LIFE AFTER RECONSTRUCTION (1992) won prizes for the best book on the history of American race relations and on the history of the American South. It was a finalist for both the National Book Award and the Pulitzer Prize. He is the co-editor of THE OXFORD BOOK OF THE AMERICAN SOUTH (1997) and ALL OVER THE MAP: RETHINKING AMERICAN REGIONS (1996). The World Wide Web version of "The Valley of the Shadow: Two Communities in the American Civil War" was recognized by the American Historical Association as the best aid to the teaching of history. His latest book is WHAT CAUSED THE CIVIL WAR? REFLECTIONS ON THE SOUTH AND SOUTHERN HISTORY (2005).

Lewis L. Gould is Eugene C. Barker Centennial Professor Emeritus in American History at the University of Texas at Austin. After receiving his Ph.D. from Yale University, he taught at Texas for 31 years before his retirement in 1998. He was honored for outstanding undergraduate and graduate teaching during his career. His most recent books include THE MODERN AMERICAN PRESIDENCY (2003), GRAND OLD PARTY: A HISTORY OF THE REPUBLICANS (2003), and THE MOST EXCLUSIVE CLUB: A HISTORY OF THE MODERN UNITED STATES SENATE (2005). He has written op-ed essays for "The Washington Post," the "Austin American-Statesman," and "The Dallas Morning News," and has been a frequent commentator on radio and television about modern politics, First Ladies, and Congress.

David M. Oshinsky received his undergraduate degree from Cornell University and his doctorate from Brandeis. His is currently Jack S. Blanton Chair of History at the University of Texas at Austin. Prior to that he taught for 26 years at Rutgers University, where he held the Board of Governors Chair as well as chairman of the History Department. Oshinsky is the author of five books, including A CONSPIRACY SO IMMENSE: THE WORLD OF JOE MCCARTHY (1983), which was voted one of the year's "best books" by the "New York Sunday Times Book Review," and won the Hardeman Prize for the best work about the U.S. Congress. His book, WORSE THAN SLAVERY: PARCHMAN FARM AND THE ORDEAL OF JIM CROW JUSTICE (1996), won both the Robert Kennedy Book Award for the year's most distinguished contribution to the field of human rights and the American Bar Association's Scribes Award for distinguished legal writing. Oshinsky's latest book is POLIO: AN AMERICAN STORY (2005).

Jean R. Soderlund is Professor of History and Deputy Provost for Faculty Affairs at Lehigh University. She received her Ph.D. from Temple University and was a post-doctoral fellow at the McNeil Center for Early American Studies at the University of Pennsylvania. Her book, QUAKERS AND SLAVERY: A DIVIDED SPIRIT, won the Alfred E. Driscoll Publication Prize of the New Jersey Historical Commission. Soderlund was an editor of three volumes of the PAPERS OF WILLIAM PENN (1981-1983) and co-authored FREEDOM BY DEGREES: EMANCIPATION IN PENNSYLVANIA AND ITS AFTERMATH (1991). She has written articles and chapters in books on the history of women, African Americans, Native Americans, Quakers, and the development of abolition in the British North American colonies and early United States. She is currently working on a study of the Lenape people within colonial New Jersey society. She is a council member of the McNeil Center for Early American Studies, and she served as a committee chair for the American Historical Association and the Organization of American Historians.