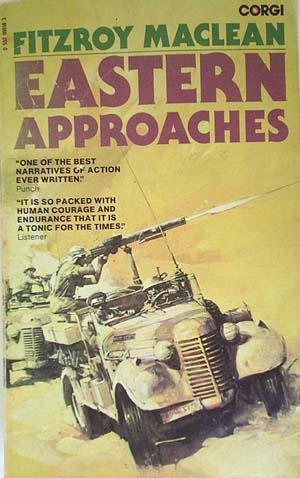 This is the classic true adventure story of a man who by the pen, the sword and the diplomatic pouch influenced some of the most significant events of our era. Here Fitzroy Maclean recounts his extraordinary adventures in Soviet Central Asia, in the Western Desert, where he specialized in hair-raising commando-style raids behind enemy lines, and with Tito's partisans during the last months of the German occupation of Yugoslavia. An enthralling narrative, brilliantly told, "Eastern Approaches" is also a vivid personal view of episodes that have already become part of history.