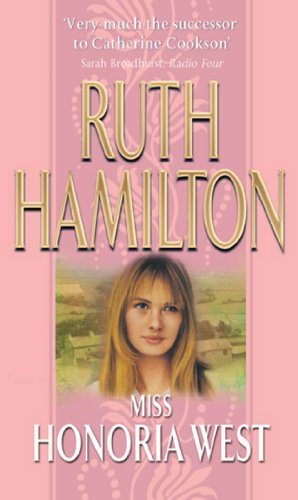 The West Family at Moortop Farm should have led settled and happy lives. They were affluent, had a superb old farmhouse, and were blessed with three daughters, Hyacinth, Hilda - and Honoria. But even from childhood Honoria cast a pall of fear and suspicion over the family. Violent and unpleasant things happened and although they were dismissed as accidents, both Honoria's parents and her older sister, Hyacinth, became increasingly alarmed. As the years passed, Honoria's worst excesses were concealed from the world, but even so, in her new life in Liverpool, her evil affected those about her - Yvonne, struggling to escape from an unhappy marriage, Karam, embroiled in an unorthodox love affair, Philip Pointer, trying to hide his own guilty secrets from those about him. But it was April, frail and struggling against a serious illness, who was to be the one to finally destroy Miss Honoria West. Rich in character and action, Ruth Hamilton's gritty and masterful writing builds to a resoundin

Ruth Hamilton is the bestselling author of A Whisper to the Living, With Love From Ma Maguire, Nest of Sorrows, Billy London's Girls, Spinning Jenny, The September Starlings, A Crooked Mile, Paradise Lane, The Bells of Scotland Road, The Dream Sellers, The Corner House, Miss Honoria West, Mulligan's Yard, Saturday's Child, Matthew and Son and Chandler's Green. She has become one of the north-west of England's most popular writers. Ruth Hamilton was born in Bolton, which is the setting for many of her novels, and has spent most of her life in Lancashire. Ruth Hamilton died in 2016.