Items related to The Technique of Acting

Stella Adler The Technique of Acting

The Technique of Acting 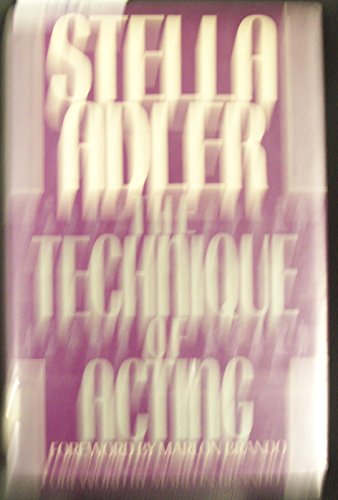 A disciple of Konstantin Stanislavski and a member of the Group Theatre in the 1930s, the noted actress and teacher offers advice on acting preparations, the demands of characterization, and dramatic exercises, as well as personal memories

Adler, among the most acclaimed actresses and teachers of acting, has written a dynamic book that is sure to become a classic. After the forward by former pupil Marlon Brando, Adler explains her technique, which is based on the methods of Stanislavskishe was a student of the famous Russian. The 12 chapters cover goals, body and speech control, imagination, action, and character; the book also includes a very useful listing of scenes from well-known plays. Adler made her stage debut in 1906 at the age of four and has been training actors at her Stella Adler Conservatory in New York since 1949. One of the best-written books on the subject; sure to become a standard text for acting classes. Howard E. Miller, Blue Cross/Blue Shield of Missouri Lib., St. Louis
Copyright 1988 Reed Business Information, Inc.

1. The Technique of Acting

2. The Technique of Acting