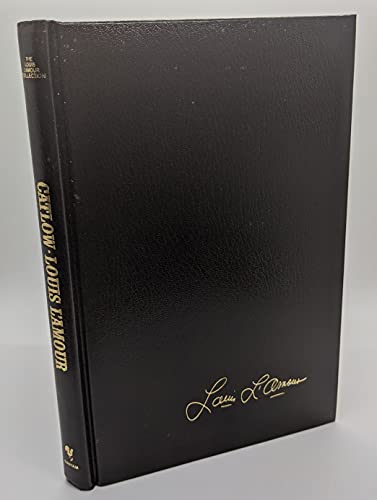 Ben Cowan and Bijah Catlow had been bound as friends since childhood. By the time they grew to manhood, Catlow had become a top cowhand with a wild streak. It took just one disastrous confrontation with a band of greedy ranchers to make him an outlaw. And when he crossed that line, it was up to U.S. Marshal Ben Cowan to bring him in alive--if only Catlow would give him the chance....

Catlow heard the legend of the Mexican Army were at his backside. Catlow didn't give a damn. He knew all the answers--except how to get through Seri Indian country rich and alive.

Our foremost storyteller of the American West, Louis L’Amour has thrilled a nation by chronicling the adventures of the brave men and woman who settled the frontier. There are more than three hundred million copies of his books in print around the world.