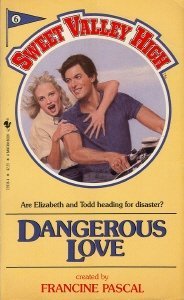 From the Publisher:
The end of the road for Todd and Elizabeth?

One of the strictest rules in the Wakefield house is "No motorcycles." Ever since their cousin was killed in a crash, Elizabeth and Jessica have been forbidden to go near them. So when Elizabeth's boyfriend Todd drives up on a shiny new Yamaha, she knows there's trouble ahead. She can't ride Todd's bike, but other girls can--and do. And sight of those girls riding with their arms around Todd is making Elizabeth crazy with jealousy. Todd tells her not to worry, but Elizabeth's scared of losing him. Will Todd's new bike drive them apart?