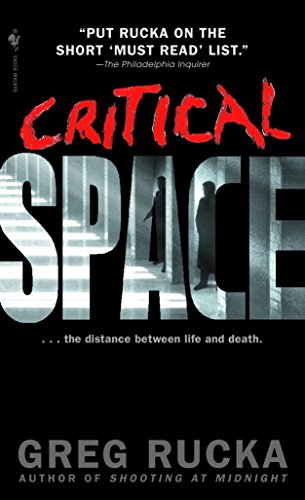 The acclaimed author of Shooting at Midnight has penned a thriller like no other ... the no-holds-barred story of a bodyguard with the ultimate assignment: protecting a woman who also happens to be the most hunted killer in the world...

Code-named Drama, she is a lightning-fast death machine — a hitwoman sought by intelligence agencies around the world. Drama kills as easily as she breathes ... and the last time she and Atticus Kodiak met, they barely escaped each other alive.

Atticus Kodiak has a reputation as one of the toughest bodyguards in the business. He’s used to picking his assignments and calling the shots. But all that changes when he is forced to take on Drama as a client — the last person he ever imagined would need his protection.

This time, Drama is the one who is running from a killer. She needs Atticus’s help, and she won’t take no for an answer. To prove it, she abducts a high-profile member of the royal family whom Atticus has sworn to protect. He will do almost anything to get the woman back. But what Drama needs from him will destroy his reputation — and siding with her means he can never turn back.

From New York’s Russian enclaves to the Swiss Alps and the Caribbean, Atticus becomes Drama’s protector, and her only hope for survival as she tries to outlive and outrun her bloody past. But once immersed in Drama’s high-stakes, covert world, Atticus breaks a cardinal rule: He gets to know Drama as a woman rather than just a client — and it’s a bond that could cost them both their lives.

For the men hunting Drama are capable of unspeakable violence — of sins that make Drama’s own look like the acts of an amateur. And they will stop at nothing to see her dead....

A masterful work by one of the most unique voices in the field, Critical Space combines high-voltage, high-tech action with swift, terrifying brutality. The result is Greg Rucka’s most explosive thriller to date — a powerhouse of a novel destined to become a classic of modern suspense.

Penzler Pick, September 2001: Greg Rucka has created a remarkable character named Atticus Kodiak, a bodyguard who, together with assorted friends and associates, has appeared in four previous books. Before reading Critical Space, it's not necessary to know the sometimes complicated history of Atticus and his professional and personal relationships, but it helps.

It helps, for instance, to know that Atticus has been romantically involved with Bridget and Natalie, both of whom have worked on cases with him. It helps to know that Bridget has a very complicated past, which Rucka chronicled in his fourth book, Shooting at Midnight. And it helps to know that he has already had a run-in with one of the most deadly international assassins working--a beautiful woman who goes by the name of Drama.

It is Drama who takes center stage in this latest tale. After quitting a high-profile case as bodyguard to spoiled movie star Skye Van Brandt, Kodiak is approached by an old friend from England who is bringing the famous abused children's advocate, Lady Antonia Ainsley-Hunter, to the States for some appearances. After one near-miss with Lady Antonia, another attempt to abduct her is successful. But it is not a ransom or publicity that the kidnapper wants--she is merely bait for the real target: Atticus. A game of cat and mouse leads through the subways of New York, out to Staten Island, and back over to New Jersey, where Atticus is once again in the presence of Drama, who now needs his help. She has become a target of an assassin named Oxford, who is every bit as good as she is. Drama, who has some idea who might have put the hit on her, needs backup to combat this elite killer.

What is remarkable about this book, and the series as a whole, is not only the writing, which is crisp and concise, but the inside information from Rucka about what it takes to be a bodyguard, what the training is like, and how certain situations are defused. Rucka knows his stuff and deserves a wider audience. --Otto Penzler

“A skillfully orchestrated cat-and-mouse game during which cat and mouse have a most entertaining way of switching roles.... Deftly plotted, elegantly written: might just be the thriller of the year.”
— Kirkus Reviews, starred review

“[T]he pace is good and the plot compelling. Best of all, Rucka’s protagonists are well-rounded and sympathetic, convincingly resourceful and refreshingly low-key. Solidarity and friendship are as important as weaponry and tactics in this satisfying, character-driven thriller.”
— Publishers Weekly

“First-rate suspense...Strong writing and intelligent plotting, but best of all are Rucka’s characters: edgy, complex, interesting to a one. And Bridie is a triumph.”
— Kirkus Reviews (starred review)

“This is prime Rucka, deliberately paced and wound tight.... This book will keep you awake until you’ve finished the last page. And maybe even after that.”
— Statesman Journal, Salem, OR

“Anything but traditional. Rucka creates a morally ambiguous world.... Rucka’s deft exploration of this theme deepens and enriches Shooting at Midnight, raising it way above the average private eye novel.”
— Mystery News

“A dark, fascinating tale of love and trust and redemption.”
— Sunday Tribune Review