Items related to The Rivals: A Comedy

The Rivals: A Comedy 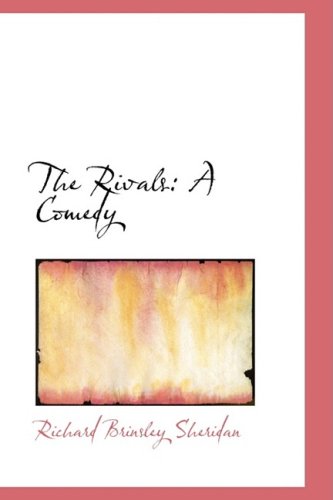 This is a pre-1923 historical reproduction that was curated for quality. Quality assurance was conducted on each of these books in an attempt to remove books with imperfections introduced by the digitization process. Though we have made best efforts - the books may have occasional errors that do not impede the reading experience. We believe this work is culturally important and have elected to bring the book back into print as part of our continuing commitment to the preservation of printed works worldwide.

In need of funds, Richard Brinsley Sheridan (1751-1816) turned to the only craft that could gain him the remuneration he desired in a short time: he began writing a play. He had over the years written and published essays and poems, and among his papers were humorous unfinished plays, essays and political tracts, but never had he undertaken such an ambitious project as this. In a short time, however, he completed The Rivals. He was 23 years old.