Items related to Murder in the Cathedral

Murder in the Cathedral 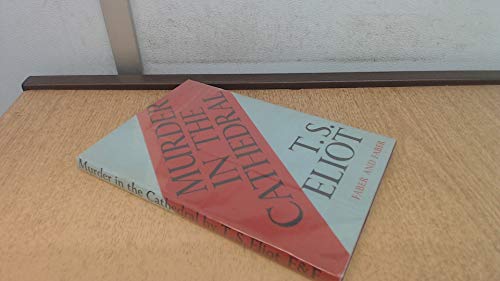 Thomas Stearns Eliot was born in 1888 in St. Louis, Missouri, and became a British subject in 1927. The acclaimed poet of The Waste Land, Four Quartets, and Old Possum's Book of Practical Cats, among numerous other poems, prose, and works of drama, won the Nobel Prize for Literature in 1948. T.S. Eliot died in 1965 in London, England, and is buried in Westminster Abbey.

This re-release of the 1953 recording of Eliot's poetic drama is a real treasure. Robert Donat plays the pious Archbishop Thomas Becket as he struggles with his instinctive knowledge that King Henry II's loose tongue will make Thomas a martyr. Donat's Thomas is sensitive and resigned, without being annoyingly sanctimonious. Also of note are the excellent performances of Thomas's tempters and of the Chorus. A knowledge of the history is essential to understanding the story as Eliot's playwriting is a bit demanding for the casual listener. Unfortunately, the liner notes don't explain quite enough to satisfy the curiosity of a listener who last read about Thomas Becket in a religious studies course. This should not, however, detract from enjoying the smooth, clean production and performance. A.H.A. [Not available in the U.S.] © AudioFile 2010, Portland, Maine