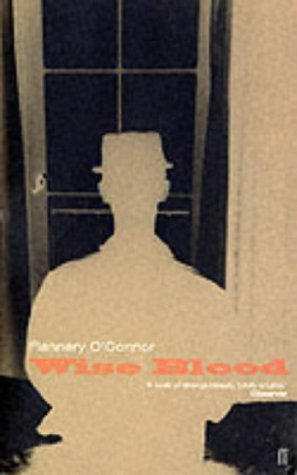 A novel set in the evangelical Deep South, in which a soldier returns to his home town and begins a private spiritual battle against the religiosity of the community.

Flannery O'Connor was born in Savannah, Georgia in 1925, the only child of Catholic parents. In 1945 she enrolled at the Georgia State College for Women. After earning her degree she continued her studies on the University of Iowa's writing program, and her first published story, 'The Geranium', was written while she was still a student. Her writing is best-known for its explorations of religious themes and southern racial issues, and for combining the comic with the tragic. After university, she moved to New York where she continued to write. In 1952 she learned that she was dying of lupus, a disease which had afflicted her father. For the rest of her life, she and her mother lived on the family dairy farm, Andalusia, outside Millidgeville, Georgia. For pleasure she raised peacocks, pheasants, swans, geese, chickens and Muscovy ducks. She was a good amateur painter. She died in the summer of 1964.