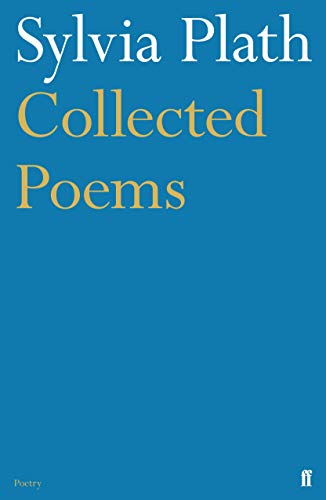 The aim of the present complete edition, which contains a numbered sequence of the 224 poems written after 1956 together with a further 50 poems chosen from her pre-1956 work, is to bring Sylvia Plath's poetry together in one volume, including the various uncollected and unpublished pieces, and to set everything in as true a chronological order as is possible, so that the whole progress and achievement of this unusual poet will become accessible to readers.

Sylvia Plath died in 1963, and even now her outsize persona threatens to bury her poetry--the numerous biographies and studies often drawing the reader toward anecdote and away from the work. It's a relief to turn to the poems themselves and once more be jolted by their strange beauty, hard-wrought originality, and acetylene anger. "It is a heart, / This holocaust I walk in, / O golden child the world will kill and eat." While the juvenilia and poems written before 1960 that Ted Hughes has included here prefigure Plath's later obsessions, they also enable us to witness her turn from thesaurus-heavy verse to stripped-down art as they gather power through raw simplicity. "The blood jet is poetry. / There is no stopping it," she declares in "Kindness."

Sylvia Plath (1932-1963) was born in Boston, Massachusetts, and studied at Smith College. In 1955 she went to Cambridge University on a Fulbright scholarship, where she met and later married Ted Hughes. She published one collection of poems in her lifetime, The Colossus (1960), and a novel, The Bell Jar (1963); Ariel was published posthumously in 1965. Her Collected Poems, which contains her poetry written from 1956 until her death, was published in 1981 and was awarded the Pulitzer Prize for poetry.

Book Description Paperback. Condition: New. Main. Language: English. Brand new Book. This comprehensive volume contains all Sylvia Plath's mature poetry written from 1956 up to her death in 1963. The poems are drawn from the only collection Plath published while alive, The Colossus, as well as from posthumous collections Ariel, Crossing the Water and Winter Trees.The text is preceded by an introduction by Ted Hughes and followed by notes and comments on individual poems. There is also an appendix containing fifty poems from Sylvia Plath's juvenilia.This collection was awarded the 1981 Pulitzer Prize for poetry.'For me, the most important literary event of 1981 has been the publication, eighteen years after her death, of Sylvia Plath's Collected Poems, confirming her as one of the most powerful and lavishly gifted poets of our time.' A. Alvarez in the Observer. Seller Inventory # AA99780571118380

Shipping: US$ 4.32
From United Kingdom to U.S.A.
Destination, rates & speeds

Shipping: US$ 3.24
From United Kingdom to U.S.A.
Destination, rates & speeds

Shipping: US$ 3.24
From United Kingdom to U.S.A.
Destination, rates & speeds

Shipping: US$ 10.82
From United Kingdom to U.S.A.
Destination, rates & speeds

Shipping: US$ 10.78
From United Kingdom to U.S.A.
Destination, rates & speeds