Items related to The Collected Poems of Robert Lowell

The Collected Poems of Robert Lowell 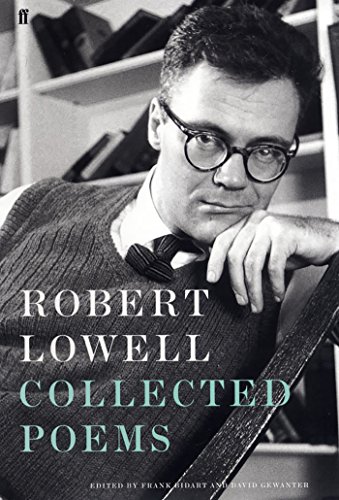 Edmund Wilson wrote of Robert Lowell that he was the "only recent American poet - if you don't count Eliot - who writes successfully in the language and cadence and rhyme of the resounding English tradition". Frank Bidart and David Gewanter have compiled a comprehensive edition of Lowell's poems, from the early triumph of "Lord Weary's Castle", winner of the Pulitzer Prize, through the brilliant willfulness of his "Imitations" of Sappho, Baudelaire, Rilke and other masters, to the late spontaneity of his "History", winner of another Pulitzer, and of his last book of poems, "Day by Day". This volume includes several poems never previously connected, as well as a selection of Lowell's intriguing drafts. As Randall Jarrell said, "You feel before reading any new poem of his the uneasy expectation of perhaps encountering a masterpiece". Lowell's "Collected Poems" offers the first opportunity to view the entire range of his astonishing verse.

Robert Lowell (1917-1977) was born in Boston. He was recognised as an accomplished poet in his own lifetime, and along with Elizabeth Bishop, John Berryman and Sylvia Plath he created the fashion and generated the force of American poetry over the 1950s, 60s, and 70s. Life Studies, published in 1959, marked a watershed. It initiated an autobiographical project which would dominate his oeuvre thereafter, and is now regarded as one of the most influential books of the century. He received a Pulitzer Prize for Lord Weary's Castle (1946) and another for The Dolphin (1973).

'You feel before reading any new poem of his the uneasy expectation of perhaps encountering a masterpiece.' Randall Jarrell

The Collected Poems of Robert Lowell