Items related to The Seagull 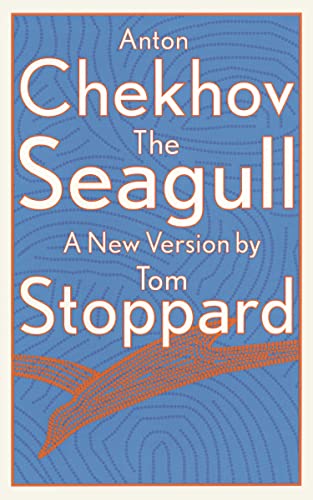 The Seagull, a spectacular failure on its first appearance, was the play that, on its second, established Anton Chekhov as an important and revolutionary dramatist. Here, amid the weariness of life in the country, the famous actress Arkadina presides over a household riven with desperate love, with dreams of success and dread of failure. It is her son, Konstantin, who one day shoots a seagull; it is the novelist Trigorin who will one day write the story of the seagull so casually killed; but it is Nina, the seagull herself, whose life to come will rewrite the story.

This new translation of The Seagull--made by Tom Stoppard for the Peter Hall Company at the Old Vic in 1997--was produced by The Public Theater/New York Shakespeare Festival in New York City in 2001. The volume also contains an Introduction by Stoppard that indicates some of the problems translators have faced since the first English language Seagull in 1909

Anton Chekhov's The Seagull is considered one of his most haunting and atmospheric character studies. A would-be playwright is at war with his egoistic mother while the town has become intoxicated by a sensational author. And as the alluring newcomer steals away Kosta's only love, their new romance could have devastating consequences.

Directed by Rosalind Ayres. Translated by Christopher Hampton. Recorded by L.A. Theatre Works before a live audience at the James Bridges Theater, UCLA School of Theater, Film and Television in September 2012.

A group of friends and relations gather at a country estate to see the first performance of an experimental play, written and staged by the young man of the house, Konstantin. Among the audience are Konstantin's mother, the actress Arkadina, and her lover, the famous novelist Trigorin. Their glamorous presence not only disrupts the performance but soon takes on a more profound significance for the lives of all those present. The Seagull has always been a favourite among Chekhov's plays. It was in fact his first success - and the first success for Stanislavski, who directed and acted in it - though the first ever production of the play had been a disaster.